Today I met my dear friend, Lori, at Tonia's Victorian Tearoom in Rochester, MI.   A new owner acquired it in January of this year, and this was the first chance I've had to go there under new ownership.

The exterior looks pretty much the same, but the sign is new. 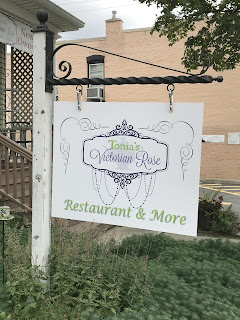 Since this was the first tearoom I visited after I became 'smitten with tea' in 1998, it is special. 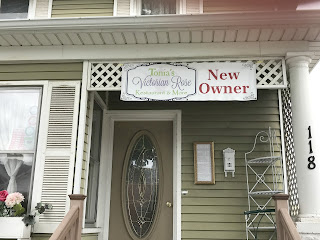 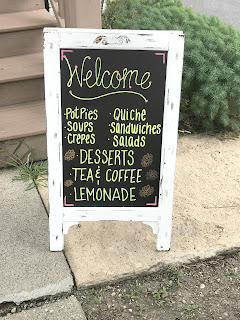 Tonia has spruced up the interior from when Loretta owned it. 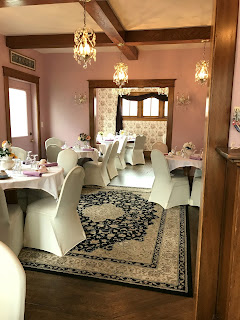 Our reservations were for noon.  When we arrived no one else was there, but by the time we left several had come.  The table below was perfect for us since Lori's favorite color is lavender. 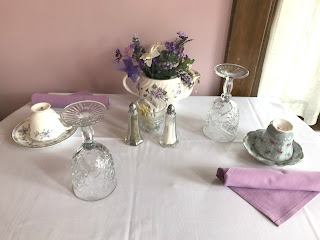 The waitress took our tea order first.  I ordered Acai Pomegranate Blueberry Green Tea, and it was very good.  We each ordered our own tea which was $3.50 per pot. 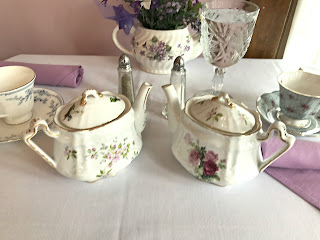 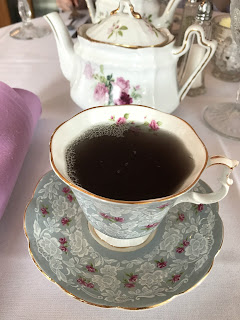 Is there anything better than tea with a good friend? 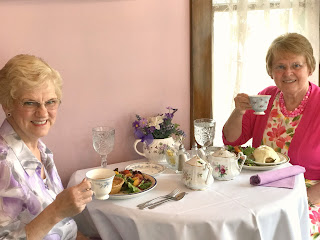 I ordered Loretta's Chicken Pot Pie with Tarragon Cream Sauce, and it came with a Victorian Rose Side Salad with Pecans, Mandarin Oranges, Cranberries, and Raspberry Dressing.  It was very good.  The menu hasn't changed too much from when Loretta was the owner. 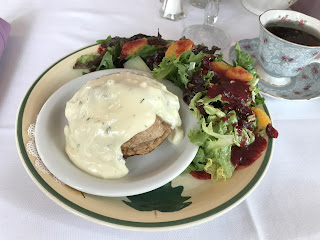 After we ate and had a nice long visit, I did a little shopping in the quaint downtown area. The temperature [high 70's] was perfect for going in and out of shops.  I didn't go home empty handed. I found two tops that were both half off, which means I now have to find something to go with them, but I'm up for the challenge. 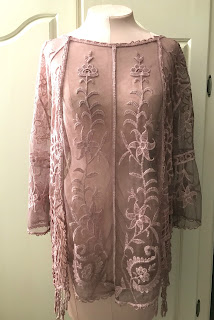 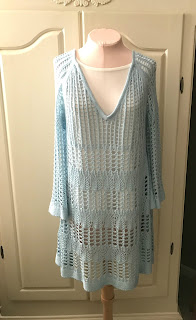 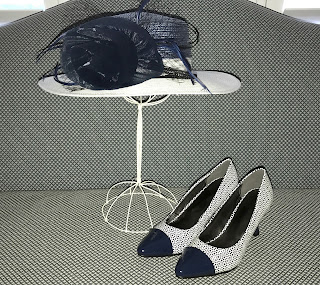 Posted by relevanttealeaf at 9:07 PM