Today has been a hodgepodge of information.  While my hubby's been away I've been doing research for my July 23rd presentation at the assisted living facility, and my Bible study this coming Tuesday.

This month's theme at the assisted living facility is The Gilded Age - wealthy American women of that time period.  The lifestyles of Caroline Astor and other women of that era are incredibly interesting.  I singled out Mrs. Astor [pictured below] because she 'ruled' New York's social elite.

When reading their daily summer schedule at Newport R.I. one source said the women changed into elaborate tea gowns for Afternoon Tea, which was followed by music and card playing.  For dinner, it was yet another dress.  A woman had to bring 16 outfits for a four-day weekend to avoid wearing the same dress twice!  Oh my!  The planning the rich had to bother themselves with! ;-) 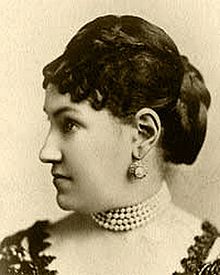 Filming for NBC's New York period-drama The Gilded Age, [written by Julian Fellowes of Downton Abbey fame] was supposed to begin the end of 2016, but I couldn't find any details about when it will be aired.  Hope it hasn't been cancelled. Mr. Fellowes said he was inspired to do the series by American novelist, Edith Jones Wharton's book, The House of Mirth. Mrs. Wharton was also a New York socialite of the Gilded Age.  This theme means more books to add to my Amazon book list!

The woman we're studying at Tuesday's Bible study is Rahab, the prostitute written about in the Book of Joshua. She's an incredible example of God's forgiveness and transforming grace, and God used her in the lineage of His Son, Jesus Christ. 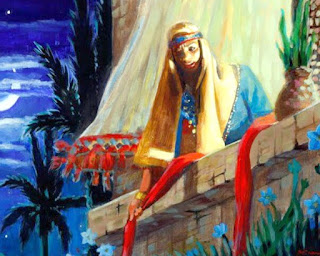 In a Google news thread this afternoon, an article caught my eye titled, "Remembering the Department Store Tearoom."  Of course, I had to read it, and it was a good read.  If you would like to read the article click here. 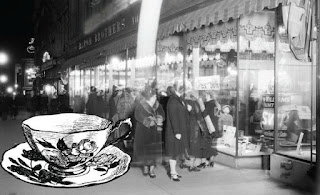 And last, but not least, no salad on the menu today, but a delicious head of roasted cauliflower instead. Now before you turn up your nose, here's all the benefits:  A large head is only 209 calories, and it aides in weight loss.  It's a good source of fiber, choline, omega-3 fatty acids, manganese, phosphorus, biotin, vitamins B1, B2, B3, C & K, folate, potassium, magnesium and 16g of protein. Wow!  You can't beat that for a $1.98!  But too much of a good thing isn't advantageous because it can interfere with iodine absorption.  So I won't be eating it three days in a row, but for one meal it was yummy! Note: Anyone who suffers from gout is advised not to eat it. Cauliflower is almost as good as a cup of tea! 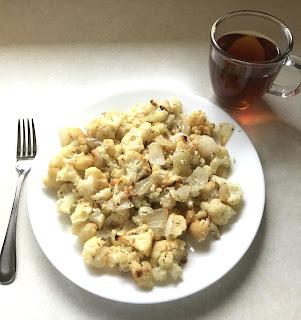 Posted by relevanttealeaf at 6:45 PM