I contacted my senator's office months before our trip about touring the White House, but our request was denied due to the vast number of requests from other tourists in Washington D.C. the same time as us.  Between the Cherry Blossom Festival and spring break from school, D.C. was bustling with people.

The next best thing was visiting the White House Visitor Center at 1450 Pennsylvania Avenue, in Baldrige Hall. 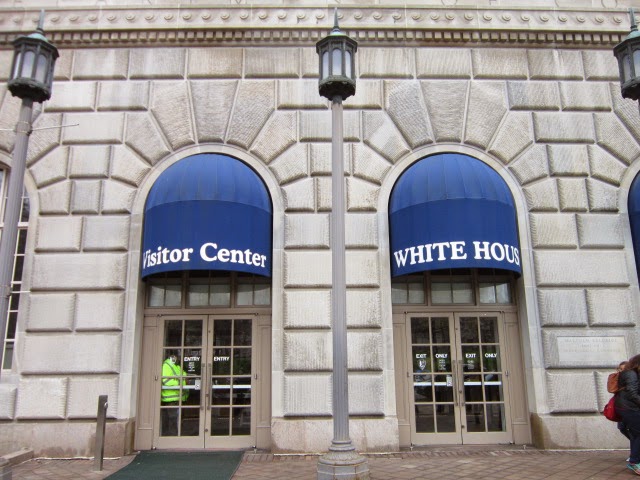 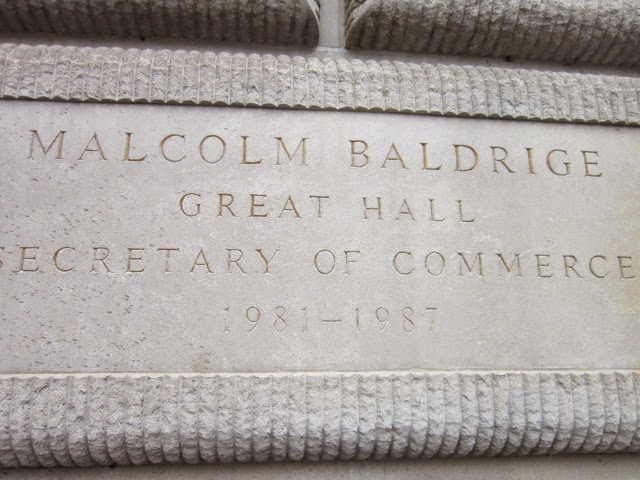 An excellent short film about the White House was shown with commentary by recent residents [the Clintons through the Obamas], as well as numerous interesting White House displays.  Below is a large mural of the White House inside the Visitor Center. 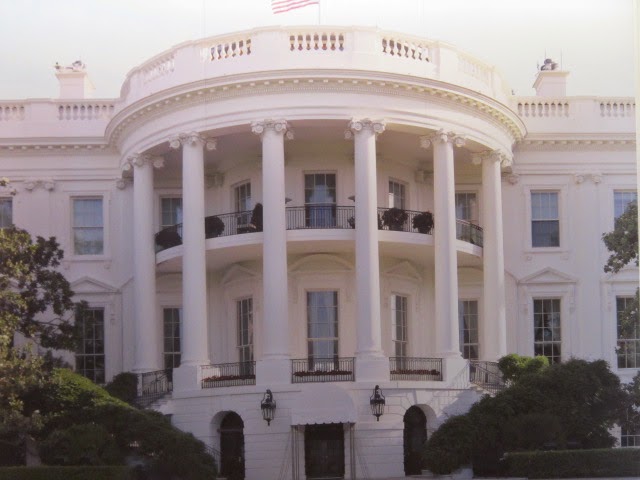 There was also a nice gift shop.  I saw so many books I liked, but books are heavy and not good purchases when flying, so I settled on a packet of twelve postcards with interior and exterior views of the White House, and a Cherry Blossom fan.  I'll be doing a fan presentation [along with parasols, hankies, and gloves] on April 26th, so the fan will be a nice visual. 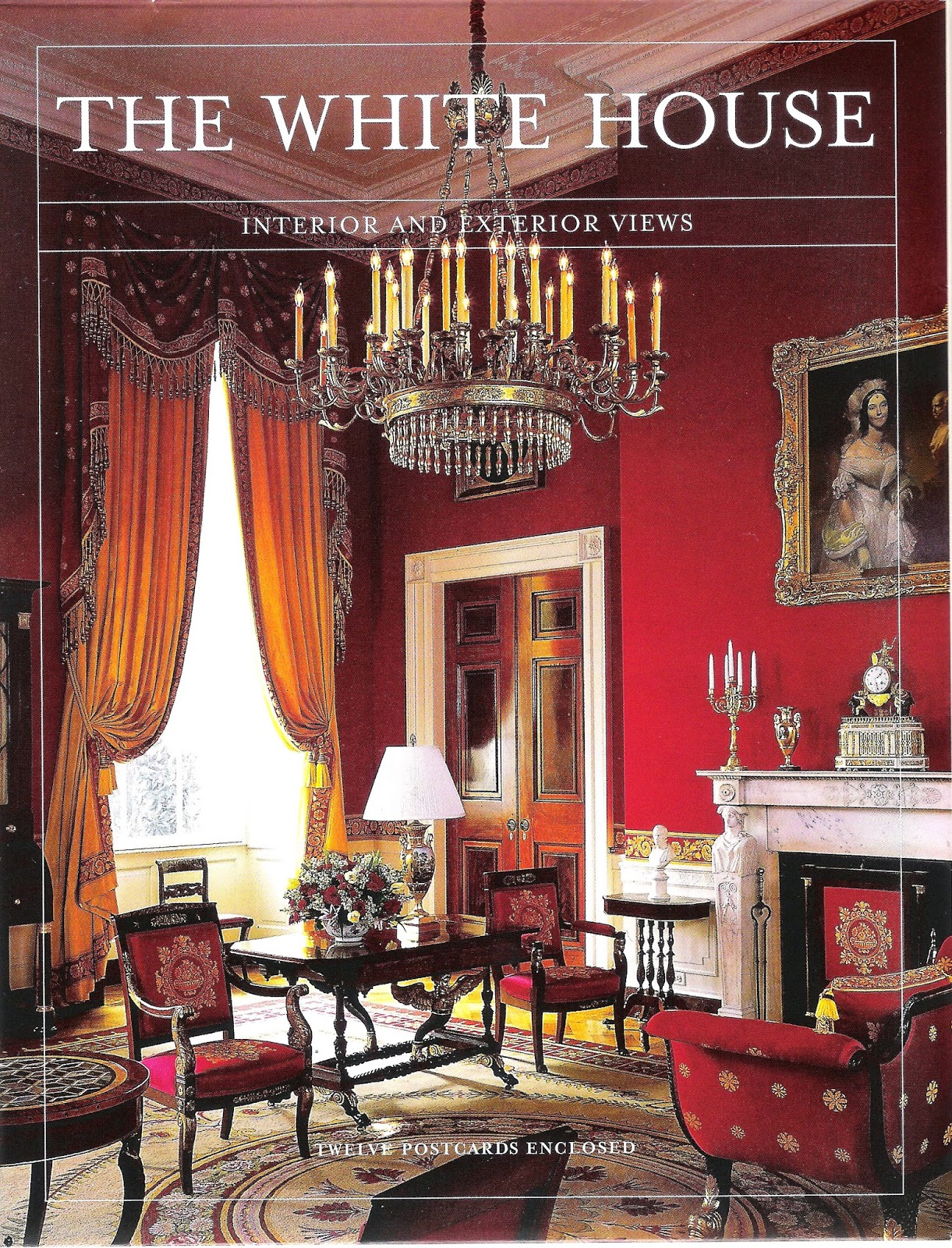 The fan is made of paper and bamboo. 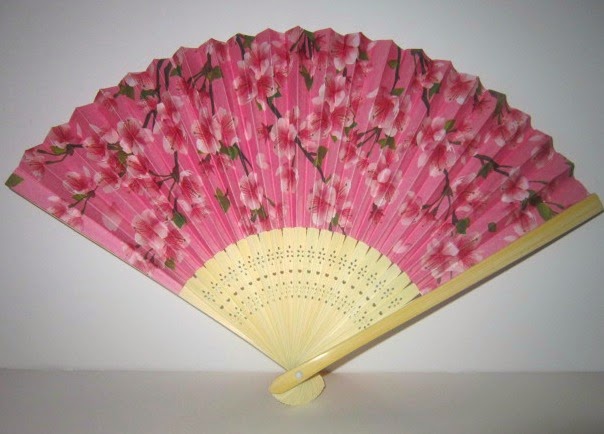 Then we were off to get something to eat at Teaism, the Penn Quarter location at 400 8th and D Streets.  It was a bit of a hike from the Visitor Center, but with all the Afternoon Teas we'd been enjoying we needed the exercise.  There are two other Teaism locations in Washington, D.C., and one in Alexandria, VA. 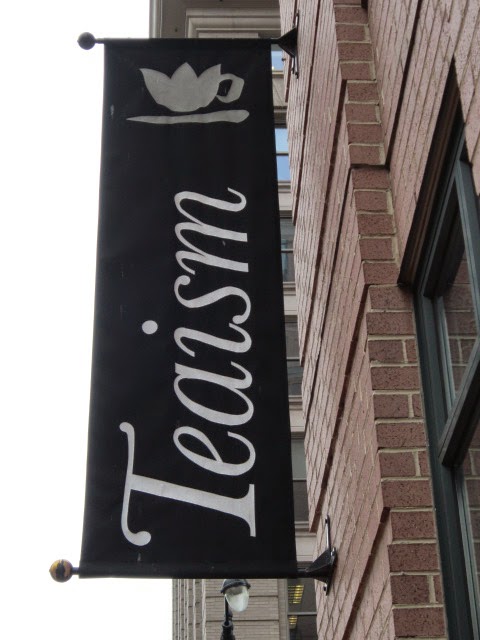 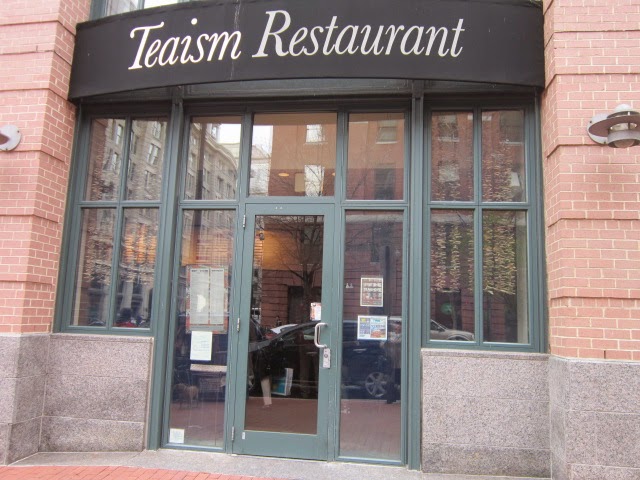 They serve Afternoon Tea daily between 2:30 and 5:30 p.m., but we opted to order from their menu. It was quite busy, which is always a good sign. 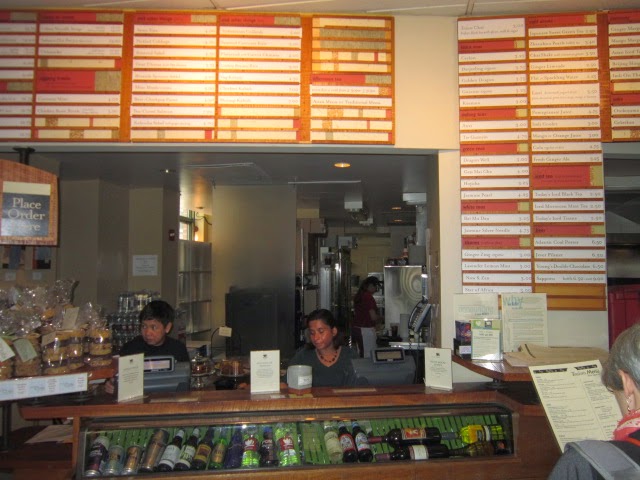 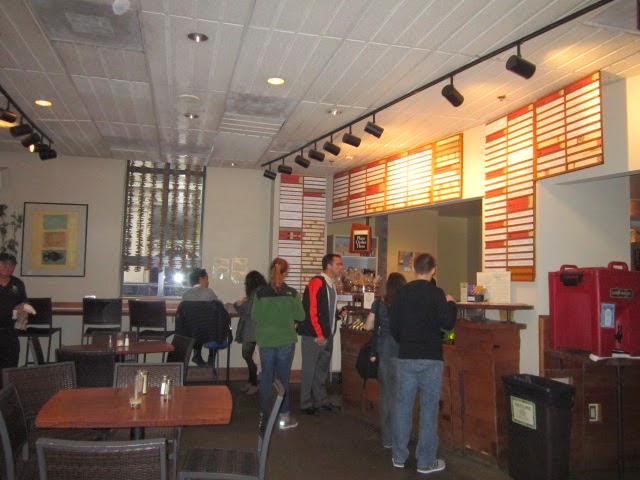 I ordered chicken curry with brown rice, and a skewer of eggplant, onion, cauliflower, and Brussels sprouts.  My friend, Linda, raved about their lentil soup, so I ordered a bowl too.  I choose Keemun tea to go with my meal. 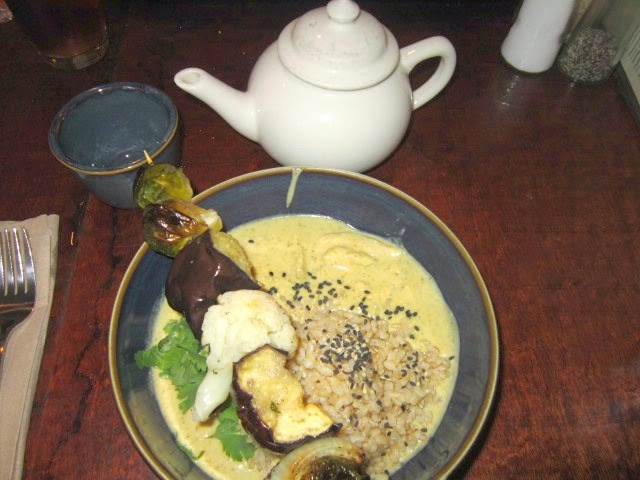 Dessert was a carrot cake scone.   Everything was very good, and it was fun to include an Asian style tea along with the traditional British teas. 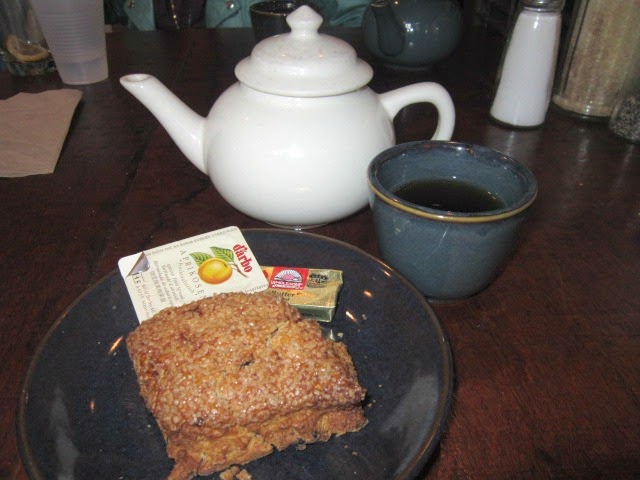 When we finished eating we walked next door to their store which sells loose leaf tea and tea equipage. 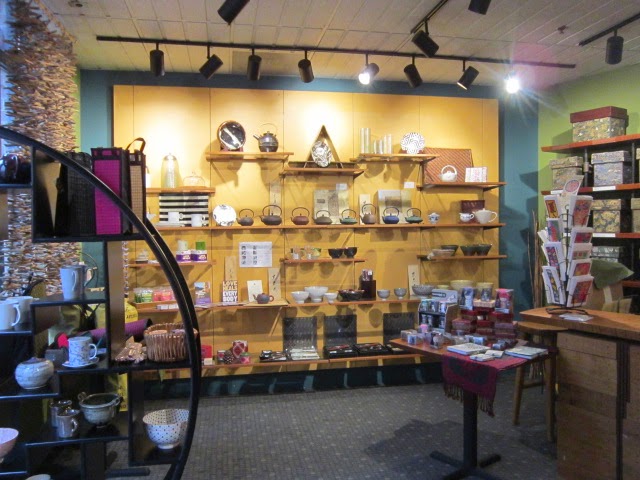 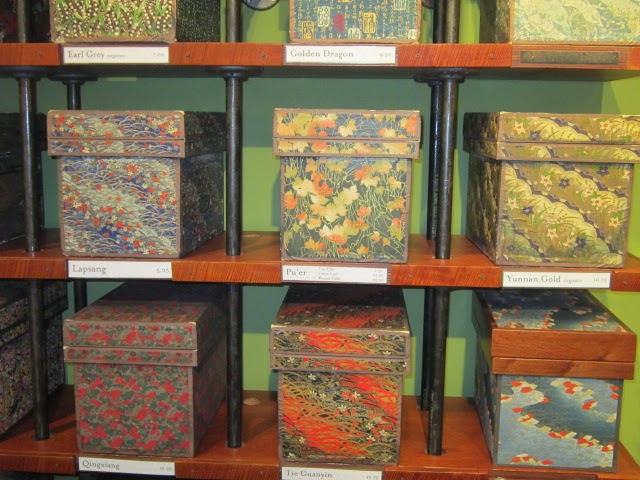 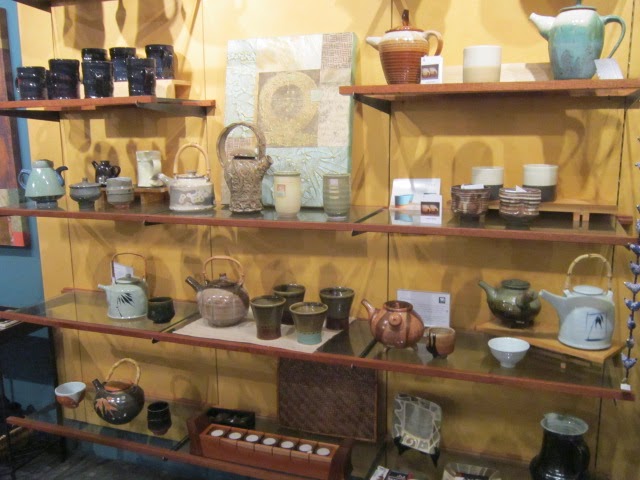 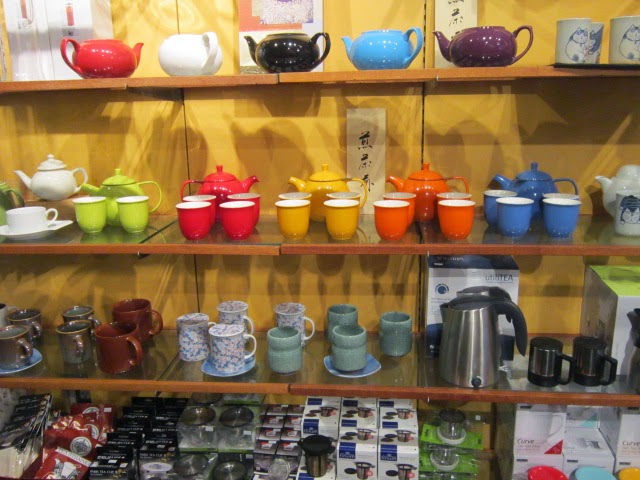 My purchase was a blue and white porcelain Gaiwan. 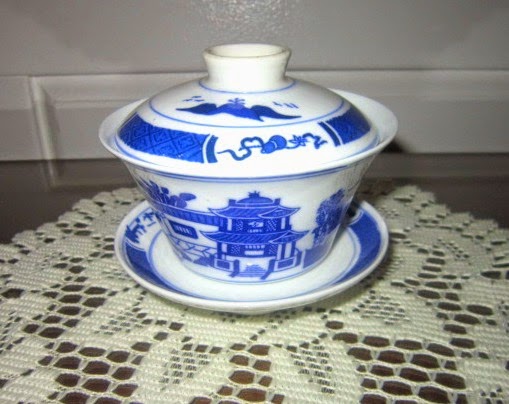 End of 4th day in Washington D.C.  Only one day left - tomorrow's post.