Two girlfriends and I met at the airport on Tuesday, April 7th for a 7:40 a.m. flight to Washington, D.C. We checked into our hotel, then took a shuttle to the Metro [public transportation train] headed towards Hillwood Museum & Gardens.  The photo below is a side view of the mansion. 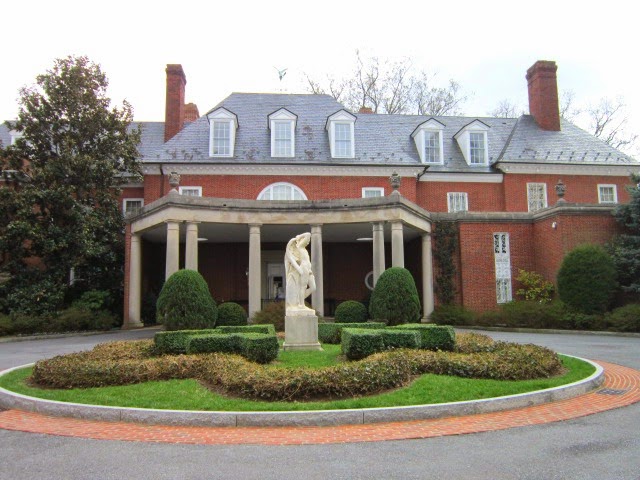 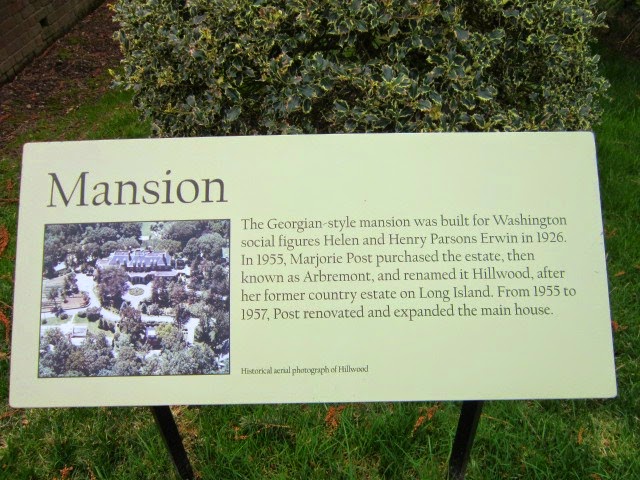 Hillwood was the home of Marjorie Merriweather Post - daughter and heiress of C.W. Post, founder of the Postum Cereal Company. After the death of her father, the company transitioned into General Foods Corporation. Marjorie died at Hillwood in 1973, and bequeathed her home and collections to the public. The museum displays her eighteenth and nineteenth century French furnishings, and the most extensive collection of Russian Imperial arts outside Russia - including more than 50 Easter eggs commissioned by the Romanovs. 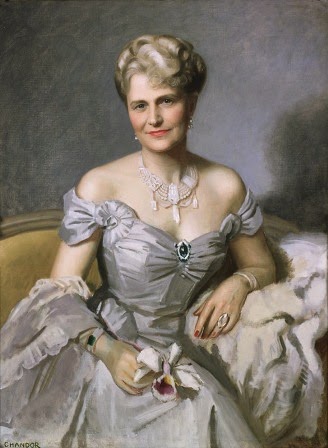 The quote by Ms. Post pictured below reads: "When I began [collecting] I did it for the joy of it, and it was only as the collection grew and such interest was evidenced by others, that I came to the realization that the collection should belong to the country." 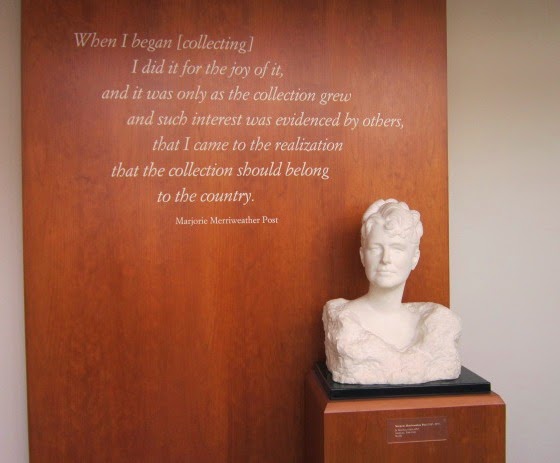 The first thing on our agenda before touring the museum was to have lunch in Hillwood's café. I ordered vegetable quiche, clam chowder, and a pot of Earl Grey tea [by Harney & Sons]. 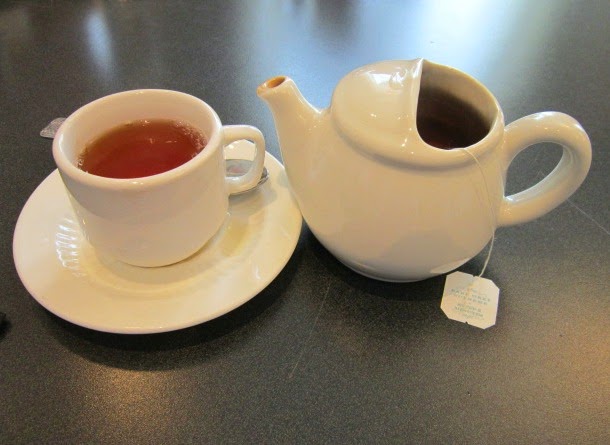 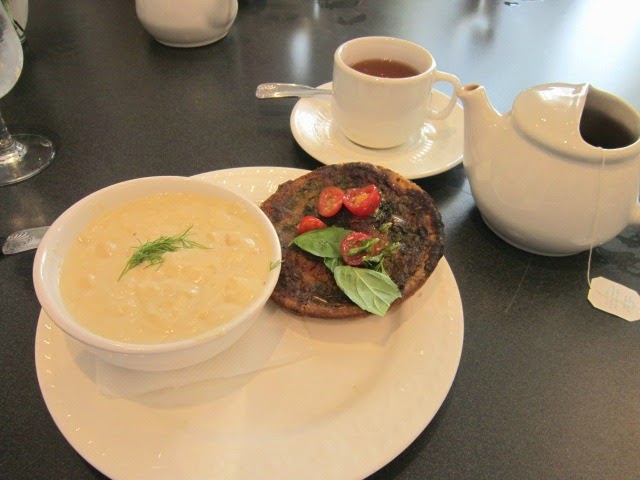 After lunch we returned to the visitor's center to watch a 15 minute video about Ms. Post and the museum, before taking the 90 minute self-guided, audio tour.  Below is the book we were given to assist us on the tour which contained interesting information about all the rooms and their contents. 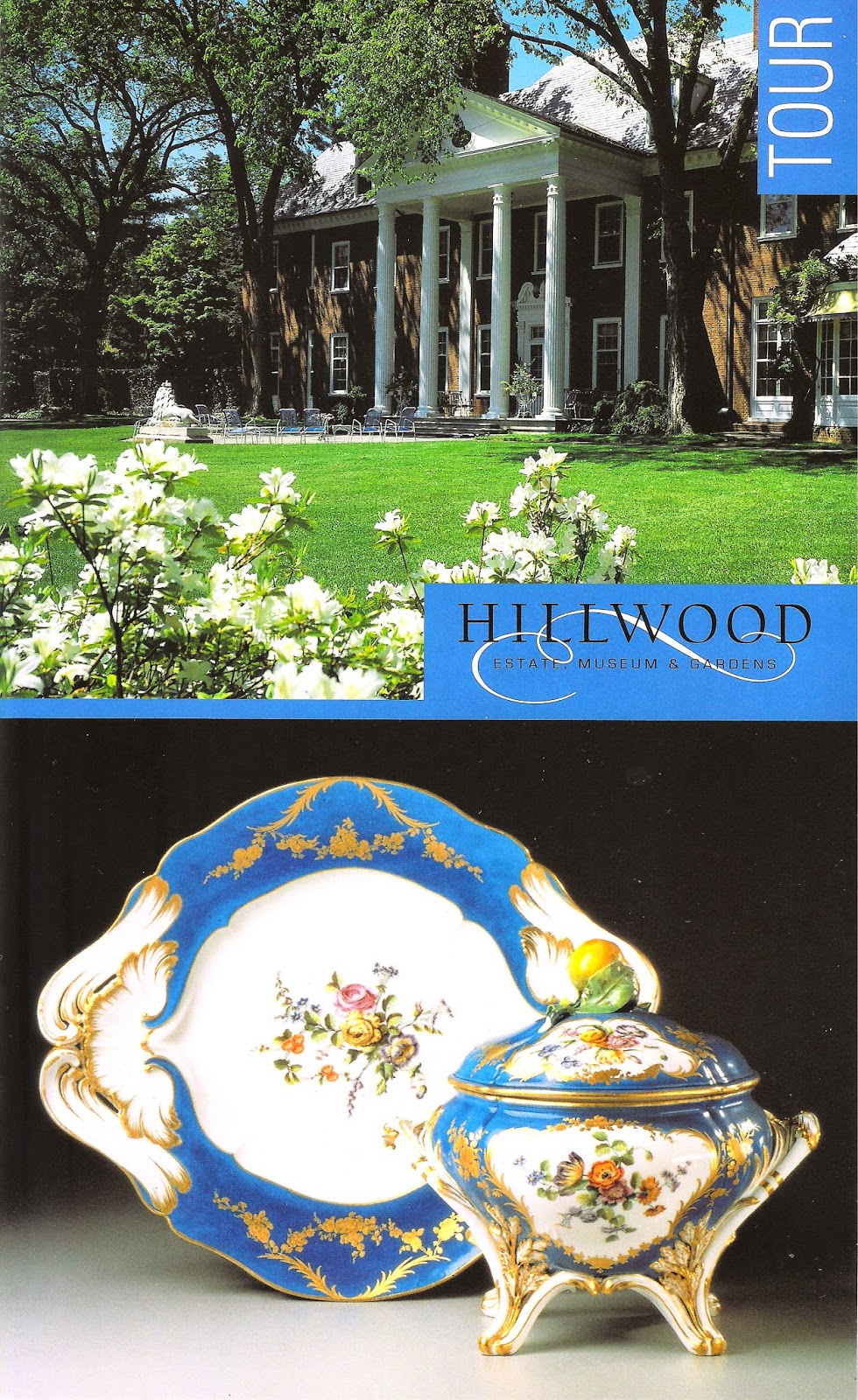 We didn't tour the gardens, but I took a couple of photos of flowers on the mansion patio. 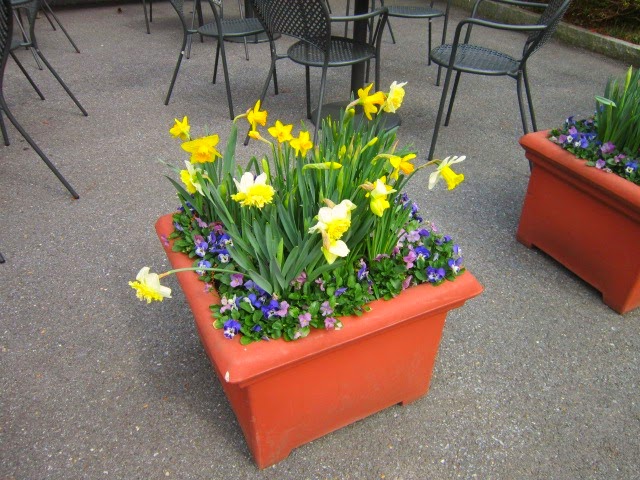 Since flowers weren't blooming at home when we left, these spring flowers were a lovely site! 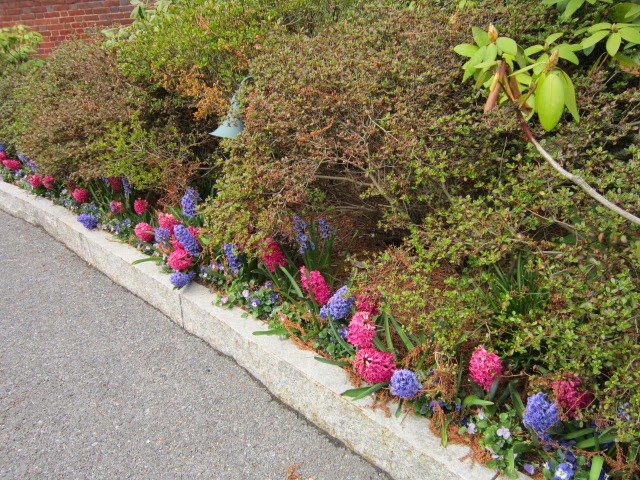 I'm glad a visit to Hillwood was recommended on our D.C. visit. We enjoyed it very much. The museum can be toured for a suggested donation of $15 [$12 for seniors].