After Hillwood Museum, we got on the Metro and headed to Union Station where we bought tickets for a 'Big Bus' night tour of Washington D.C.  The bus departed from Union Station just before 7:30 p.m.  A guide shared highlights of key landmarks throughout the 2.5 hour tour.  We saw Arlington National Cemetery, and the U.S. Marine Corps' Memorial [statue of the battle of Iwo Jima].  The bus stopped at Roosevelt's Memorial, the Korean War Veterans Memorial, Martin Luther King, Jr.'s Memorial, and the Lincoln Memorial. 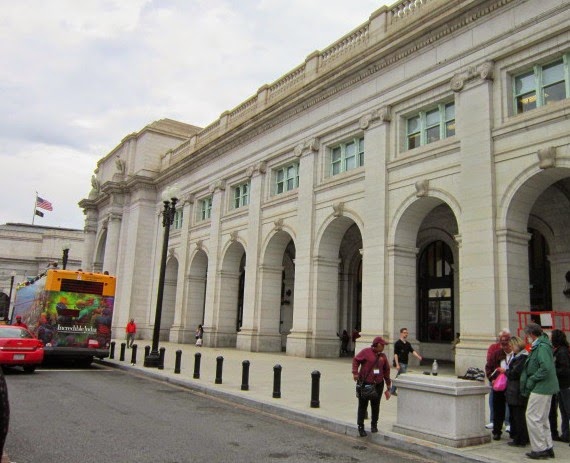 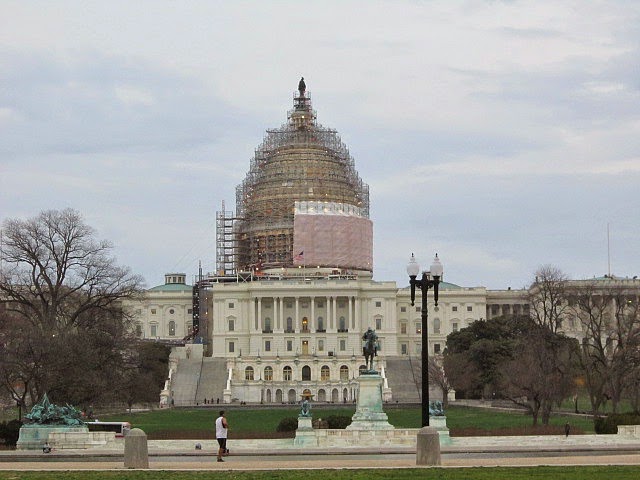 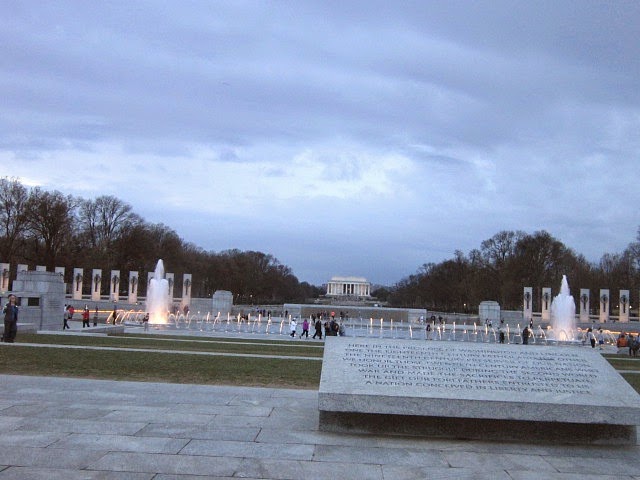 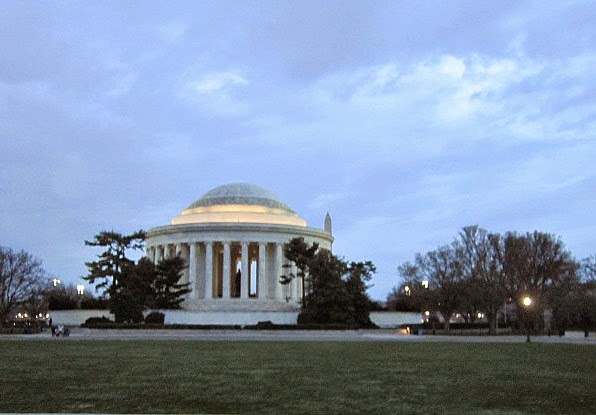 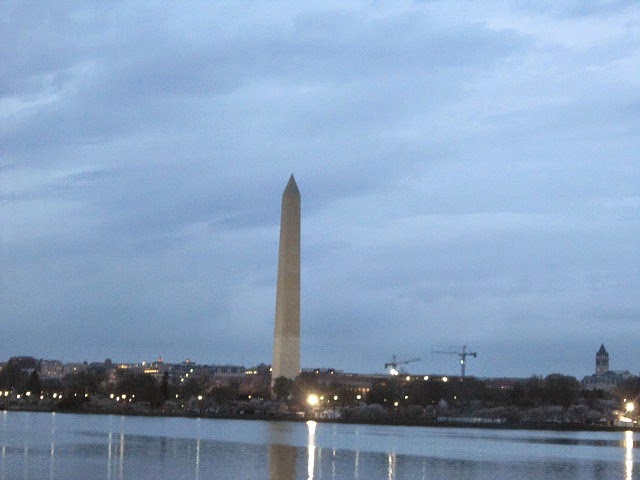 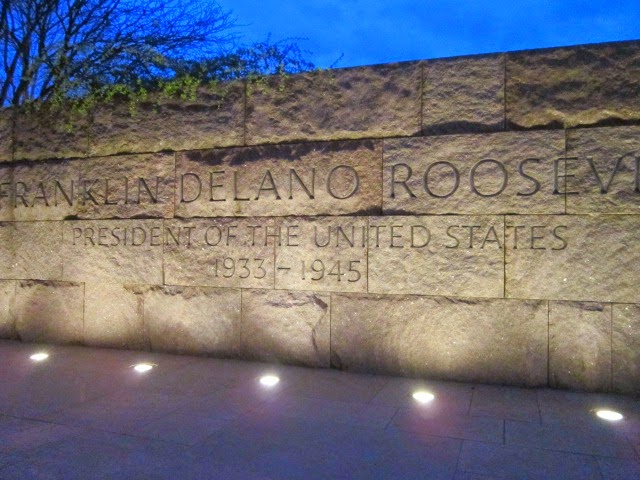 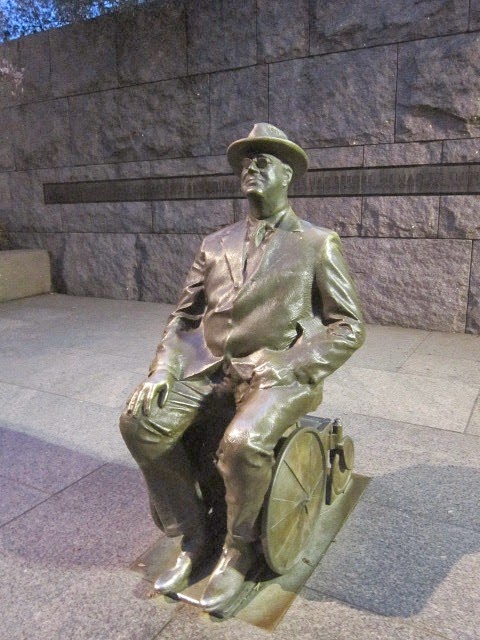 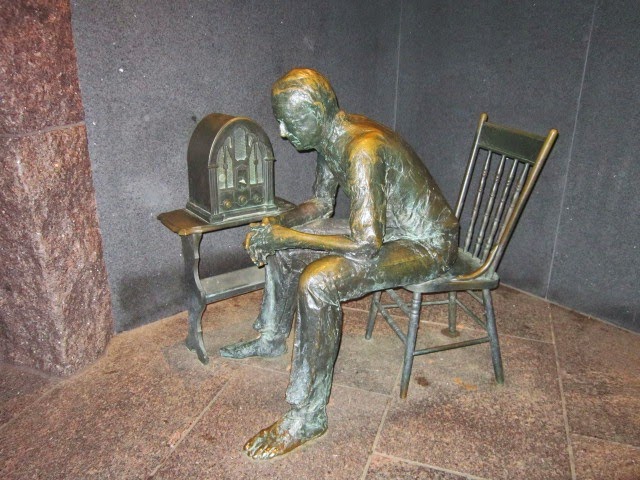 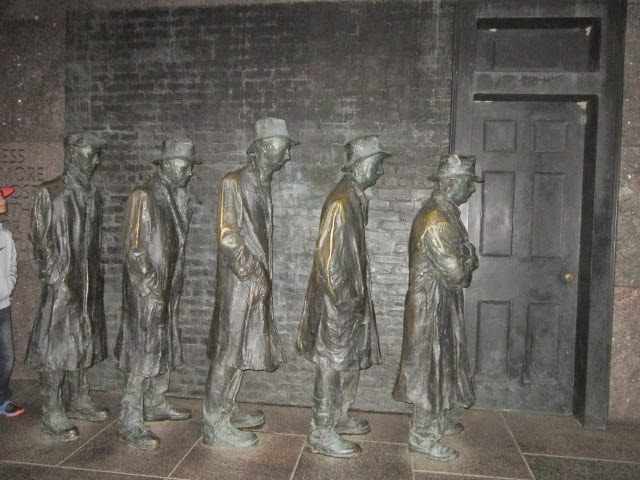 ~ Bronze Statue of FDR and his dog, Fala ~ 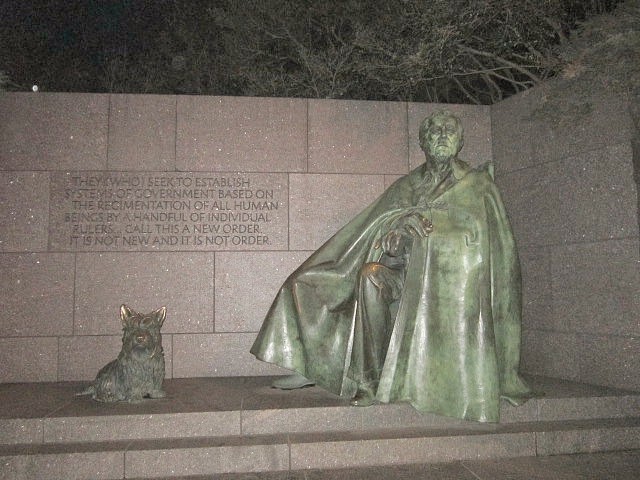 ~ Eleanor Roosevelt at the FDR Memorial ~ 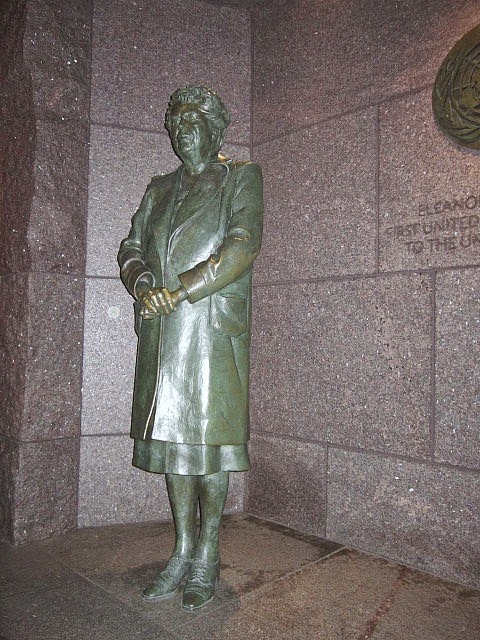 The Roosevelt Memorial was by the Tidal Basin, so we got to see the Cherry Blossom trees in bloom, but because it was night I didn't photograph them.  Another tourist who had been in D.C. a few days, said they had just opened prior to our arrival.

I didn't take any photos at the Korean War Veterans Memorial or Martin Luther King, Jr's. Memorial.  We had planned to take a day hop-on, hop-off bus tour to see the memorials better in daylight, but we ran out of time and it didn't happen.  Guess that means we'll just have to go back! 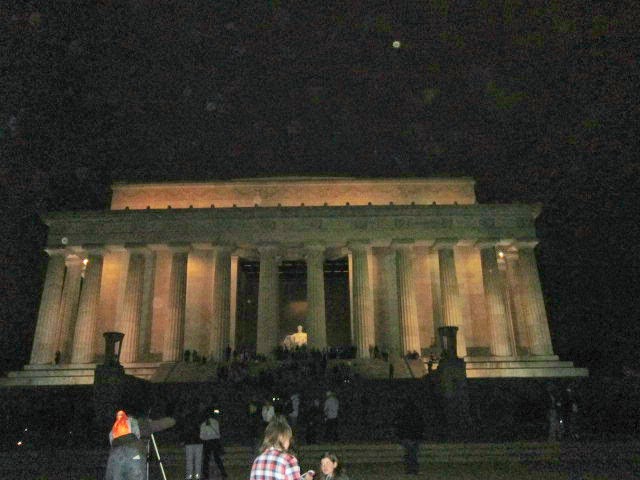 We were too tired to even think about climbing the steps of the Lincoln Memorial since we had been up since 4:00 a.m., but seeing it was the perfect ending to our first day in D.C.  We caught the Metro and shuttle back to our hotel, and were happy to call it a night!  My girlfriend remarked that in the course of our day we had been in an airplane, car [taxi], train [Metro], and bus!  Day #2 tomorrow...