Valentine's Tea at The Whitney

Yesterday was the Valentine's Tea at The Whitney.  I don't normally work on Sundays, but yesterday was an exception. 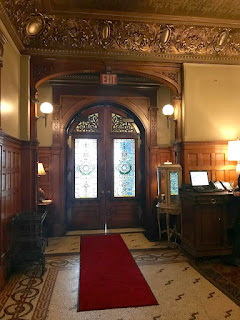 We only had ten guests which was significantly less than the Christmas Tea, but reservations were cut off when they had the water main break and were uncertain how long the restaurant would be closed.

The tea was held in Mr. Whitney's study, which made a more private and intimate setting.  Six of the ten guests were couples, and it's always nice to see men at tea.  I don't imbibe alcoholic beverages, so this Aphra-Tea-siac themed tea was not my idea or suggestion.  I think it's the fourth year they've hosted it. 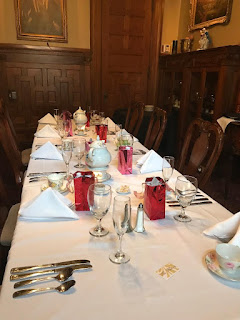 Mary Jones, owner of INTU Teas - The Whitney's tea supplier, and me. 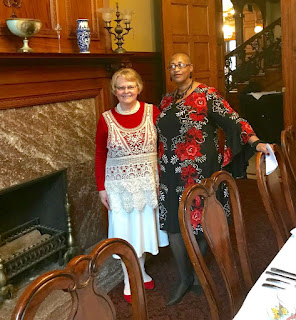 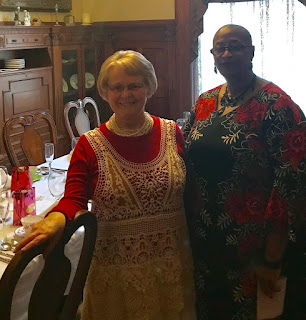 I had hoped to take pictures of all the food courses to share, but yesterday was so busy with  brunch guests, that I didn't want to hold things up by taking pictures.

Those who attended said they had a wonderful time.  Did your 'significant other' take you someplace special for Valentine's Day?  My hubby and I have yet to celebrate at a restaurant, but it's on the agenda.

Posted by relevanttealeaf at 10:23 AM

Email ThisBlogThis!Share to TwitterShare to FacebookShare to Pinterest
Labels: Valentine's Tea; The Whitney