A week ago today was Valentine's Day, and I promised I'd tell you what happened at my house in a separate post, so this is that post.

We had a wedding!  It's hard to top that on Valentine's Day!  My daughter's first marriage ended over 14 years ago, and she devoted herself to raising her three children and didn't begin dating until about four years ago.  At Christmas time the happy couple told us about their plans to marry, and a short time later asked if the ceremony could be held in our home.  Of course, we said yes!

They wanted our son [Lori's brother, Steve] to officiate.  For valid reasons, they wanted the ceremony to be small and private.  My hubby began making their unity cross for the ceremony. 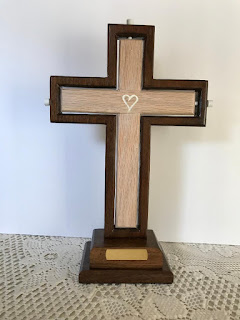 And I started thinking about how I could decorate the mantel. Cardinals have been significant in their courtship, so I knew they had to be part of the décor.  The birdhouse was my hubby's handiwork too, and will be used again at the upcoming luncheon we'll be hosting to celebrate their marriage. 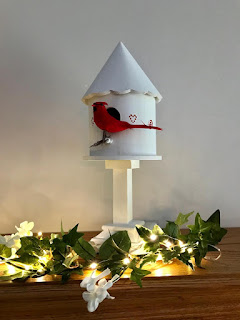 A dear friend sent me a silver plated tussie mussie holder/vase just before granddaughter, Tiffany, got married, but since it didn't work out for her to use it, I used it for Lori's bouquet and gave it to her afterwards as a keepsake. 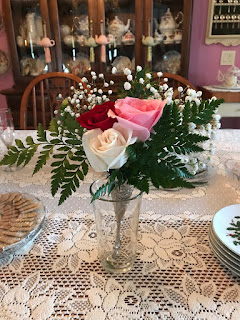 I was able to find a porcelain figurine of a male and female cardinal to use as their cake topper. 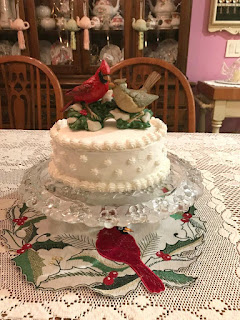 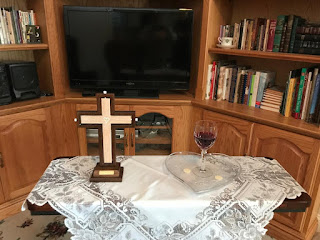 We took a few pictures of the happy couple before it began. 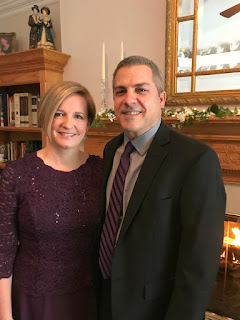 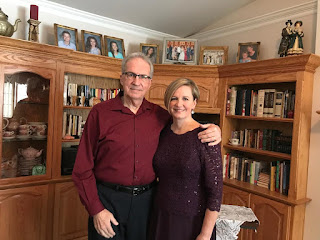 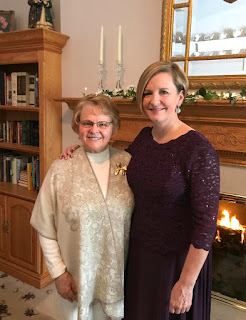 ~ And the ceremony began ~ 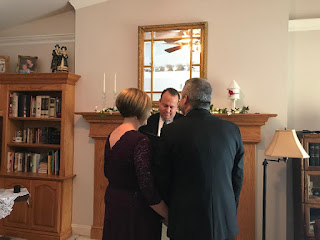 ~ They wrote their own vows and read them to each other ~ 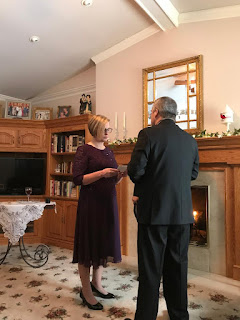 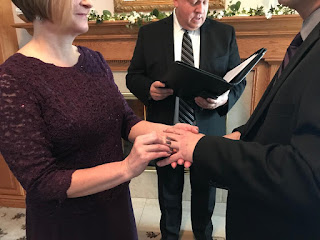 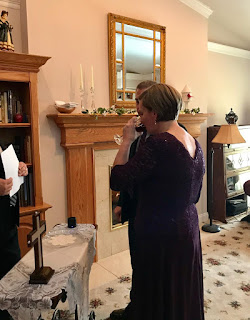 ~ And were pronounced man and wife ~ 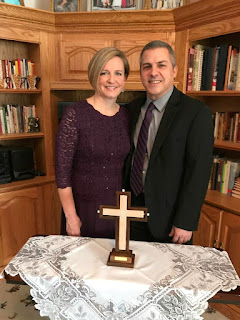 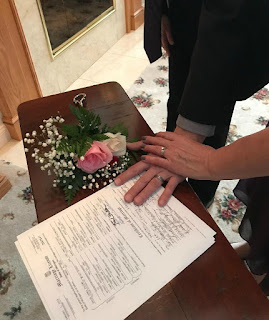 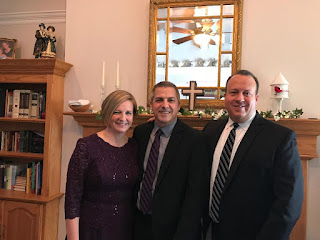 After the ceremony I had a light luncheon, including a toast with non-alcoholic bubbly. 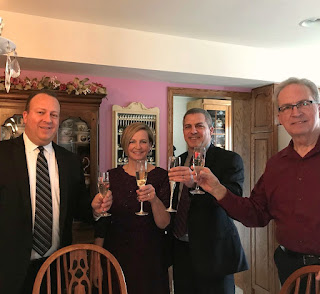 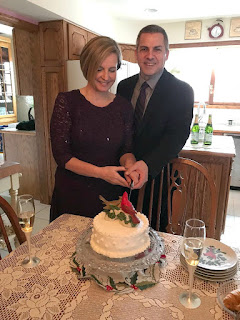 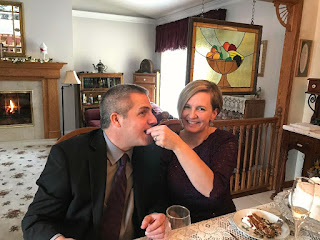 As all parents do, we gave them our love and blessing, and pray they have many wonderful years of happiness together.  Happy one week wedding anniversary, Dave and Lori! 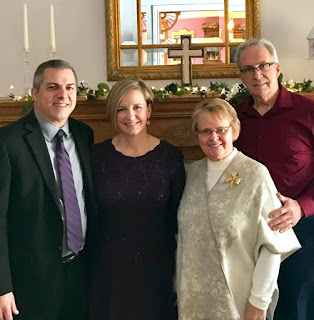 Posted by relevanttealeaf at 8:46 PM

Email ThisBlogThis!Share to TwitterShare to FacebookShare to Pinterest
Labels: Dave and Lori's Wedding