Sunday was a busy day, but very fun.  After the children's Christmas program we went back to Jeremy & Samantha's house for a few hours, then we were off to the Michigan Theater in Ann Arbor, to watch Downton Abbey's Season V, Episode 1 preview screening, sponsored by PBS.

There was a lengthy line - or should I say queue - of excited fans on E. Liberty Street waiting to get in at 7:00 p.m.  Parking was horrendous.  We drove to the 8th deck of the parking structure before we found a space, and then discovered the elevator wasn't working! 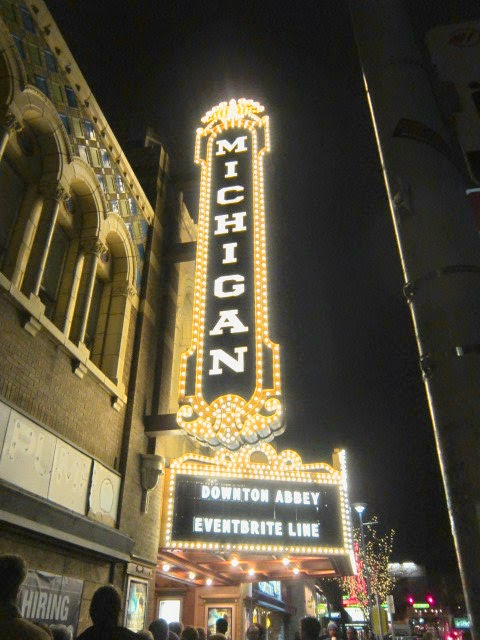 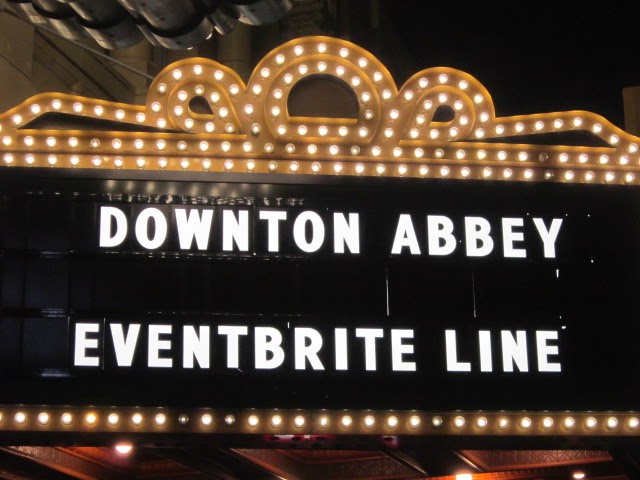 Below is a daytime Internet photo of the theater.  Built in 1928, it seats 1700, and I think every seat was taken for the preview screening.  The theater is listed in the U.S. Register of Historic Places [2009]. 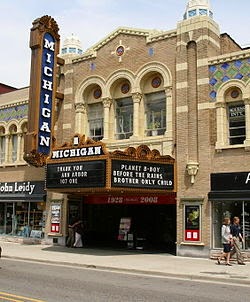 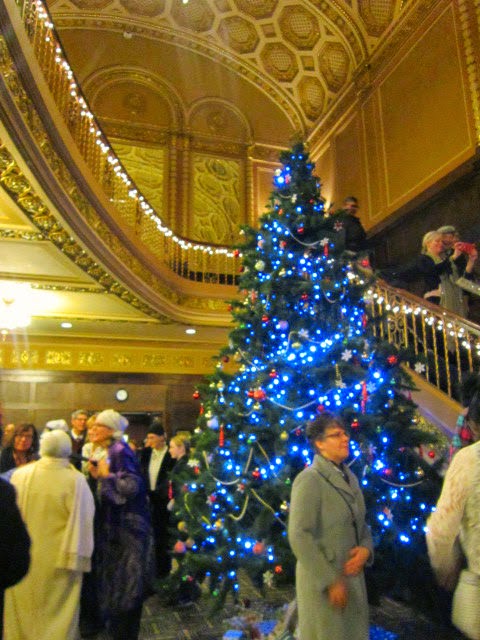 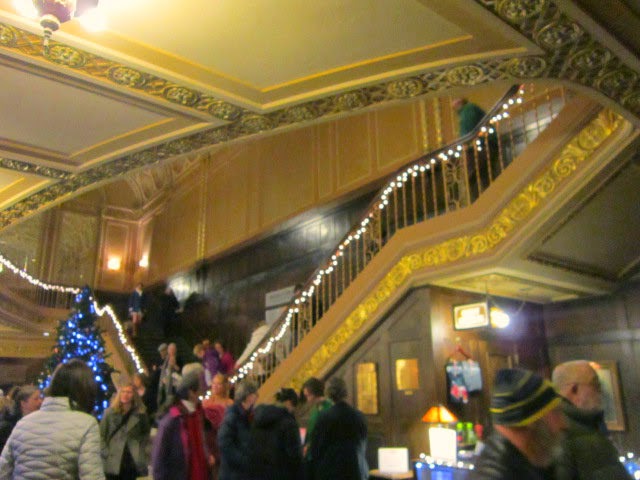 Only one other time have I seen a movie theater with tea at their concession area. Impressive! 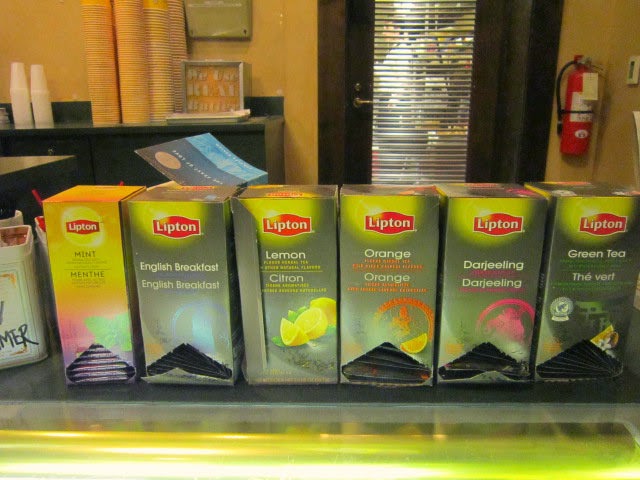 There were many men were in attendance.  Maybe they were good sports like my hubby who accompanied me, even though he had never watched a single episode prior to the preview screening. 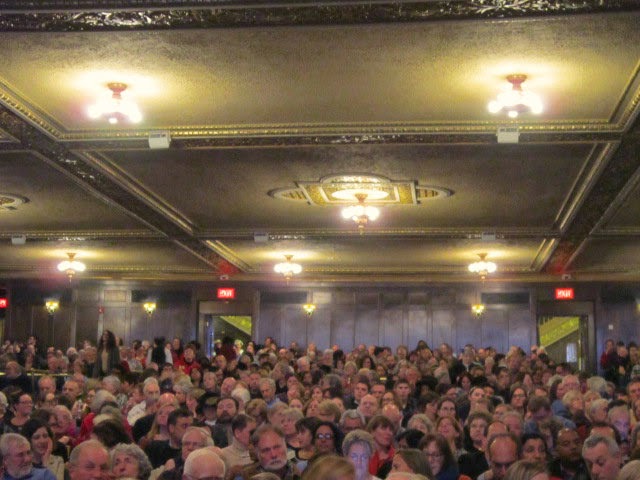 The organ pictured below is an original 1927 Barton theatre pipe organ. 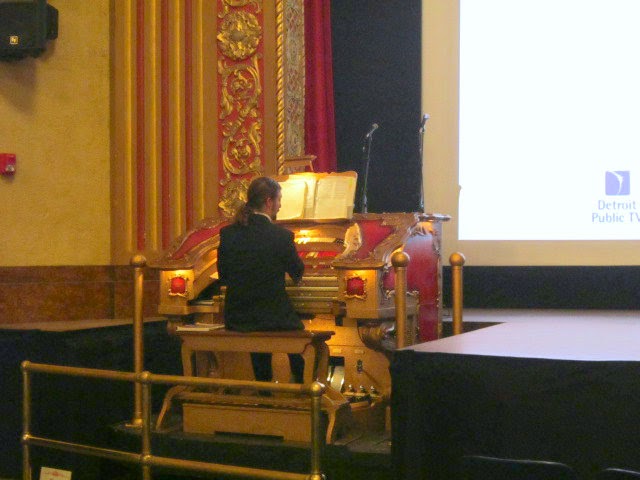 Several movie-goers came dressed in period costume.  The lovely lady below was seated in our row, and allowed me to take her picture for my blog. 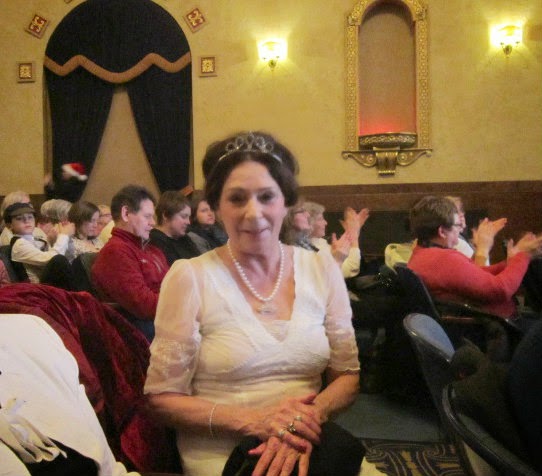 Tickets were free.  You can't beat that! 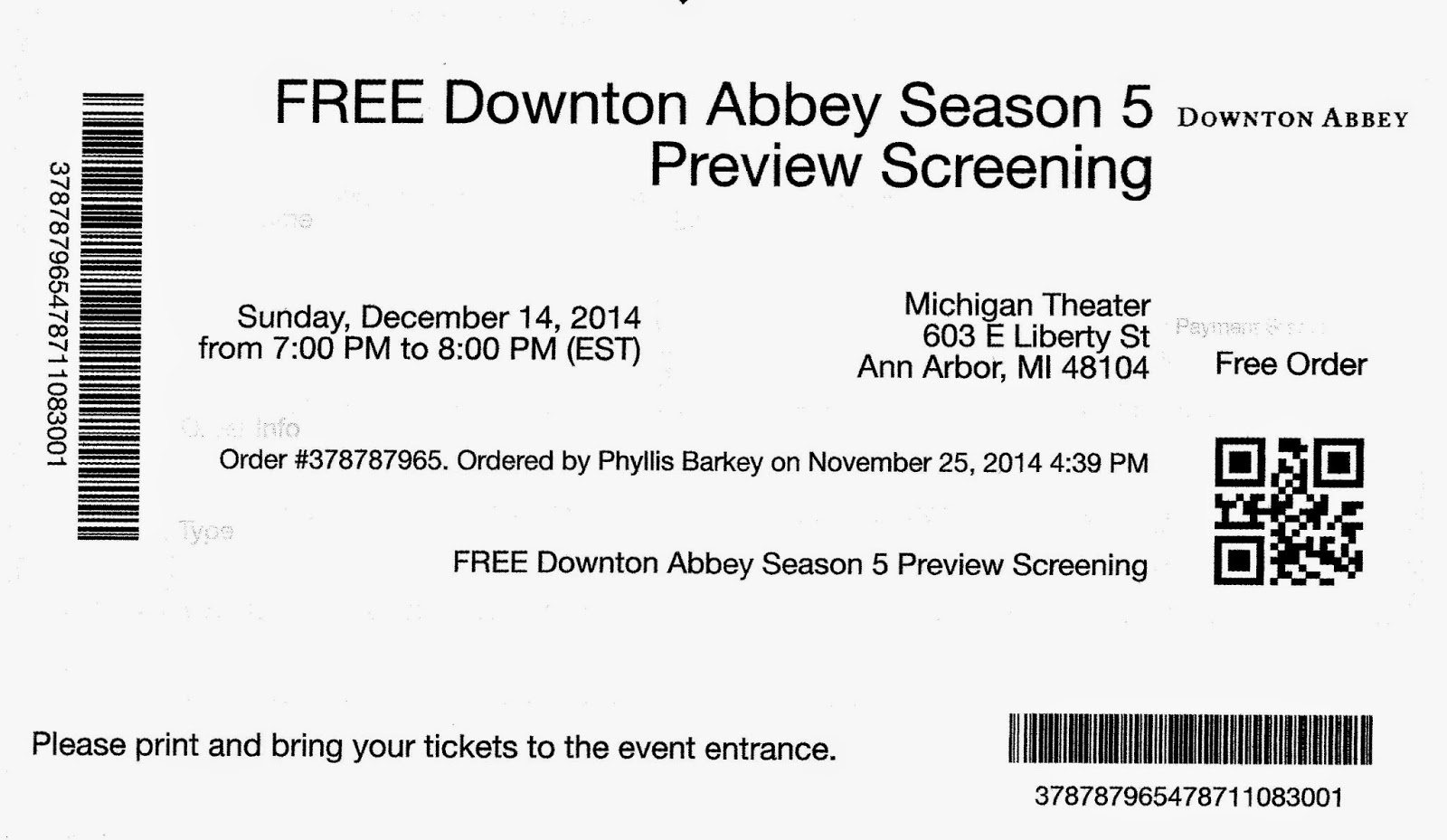 The Downton Abbey cast was on the large screen until the preview began. There'll be no spoilers here except to say that Maggie Smith is still as good as ever!  She got several rousing laughs from the audience.  Tune in on Jan. 4th and take it from me, it'll be worth the wait! 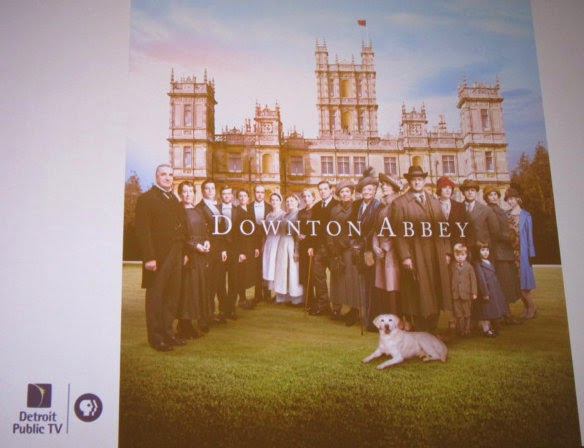