During my blogging break while my mother was ill, there were a few things I wanted to share, but just didn't get the chance.  So today's post will be a compilation of a few of those things. 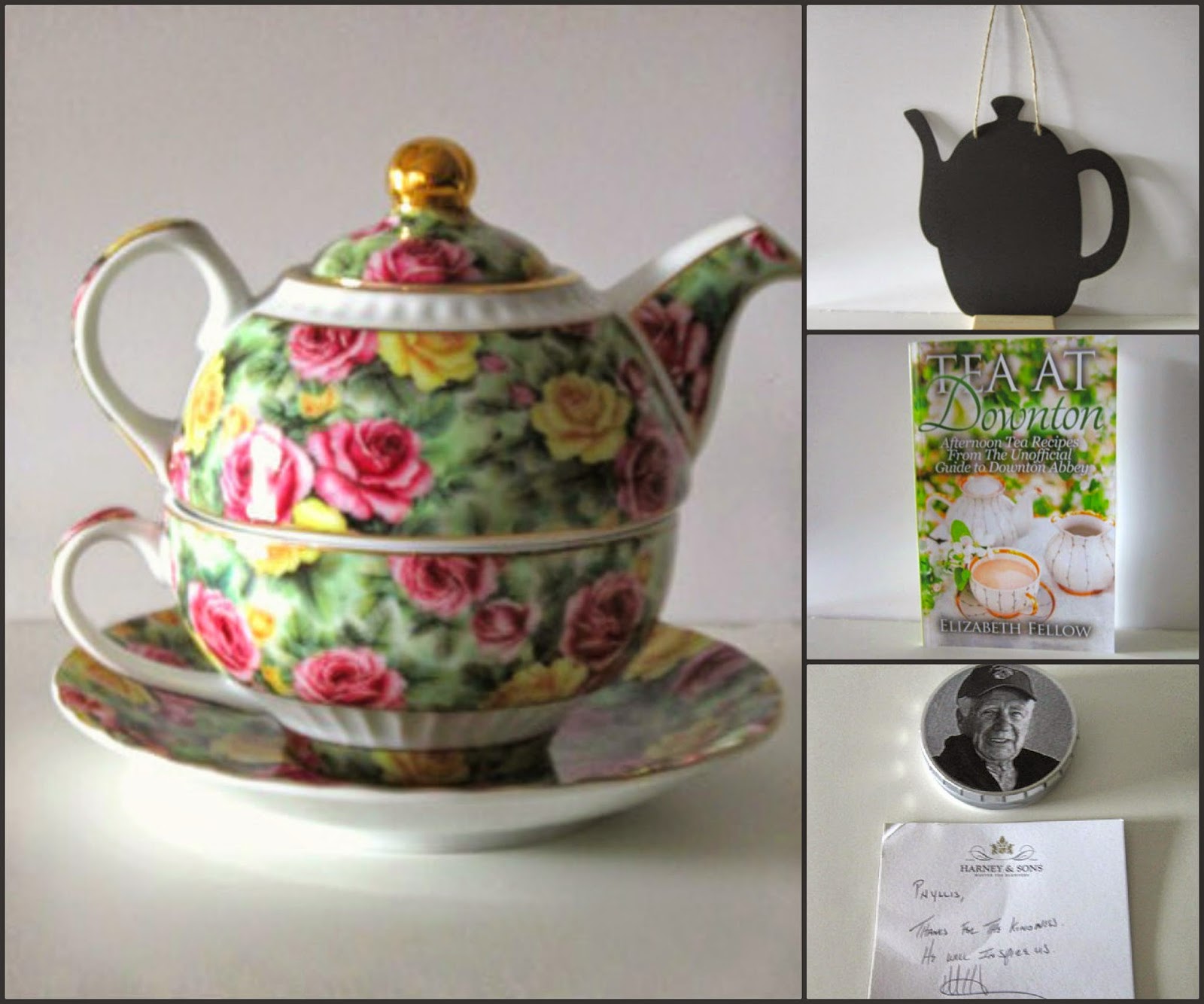 The chintz tea-for-one pictured above was a gift from my brother, and a complete surprise. There are no markings on it, but isn't it pretty?

The teapot chalk board came from Michael's.  Thanks to my friend, Angela, at Tea With Friends blog for the heads-up to her readers.  I went to my local Michael's and they were sold out. So my girlfriend went to a store near her, and was able to get one for herself, and one for me. Thanks, Sandy! 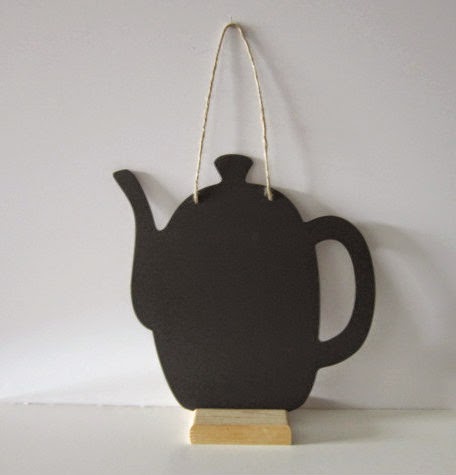 One of my sweet blog readers [Joy from Georgia] sent me an e-mail in July telling me about the free Kindle edition of Tea at Downton from Amazon.  I don't have a Kindle, but I was happy to discover the printed book was also available at Amazon, so I ordered a copy.  It contains some great recipes for a Downton Abbey theme tea.

Next week I'll be traveling to Wilmington, Delaware to view the Downton Abbey Costume Collection at Winterthur.  It's a trip I'm really looking forward to it. 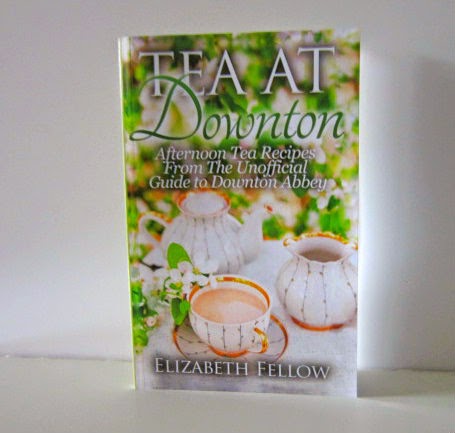 I was so saddened to learn of Mr. John Harney's death last June while I was on vacation.   He was such a kind man, and very helpful to me on more than one occasion.  So it seemed fitting that I send a card to his family expressing my condolences and affirming what they already knew - John Harney was a great man!  I didn't expect a response, but I received a tin of tea that they gave to the guests at his funeral.  What a keepsake!  The card from his son, Mike Harney reads, "Thanks for the kindness.  He will inspire us."  Indeed he will! 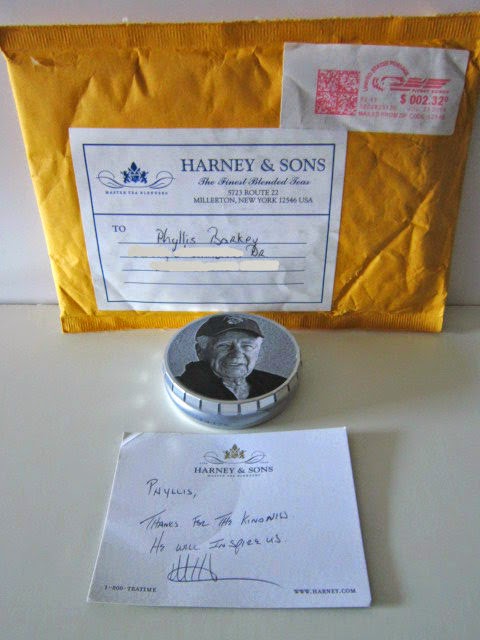 And last, but not least, I've added one more photograph to my Gone With the Wind collection thanks to Ebay.  It's of Hattie McDaniel who played the role of Mammy, and Vivien Leigh as Scarlett.  How would you like to be served breakfast in bed with a tray full of silver accoutrements like that?  I'd wake up smiling too!  ;-) 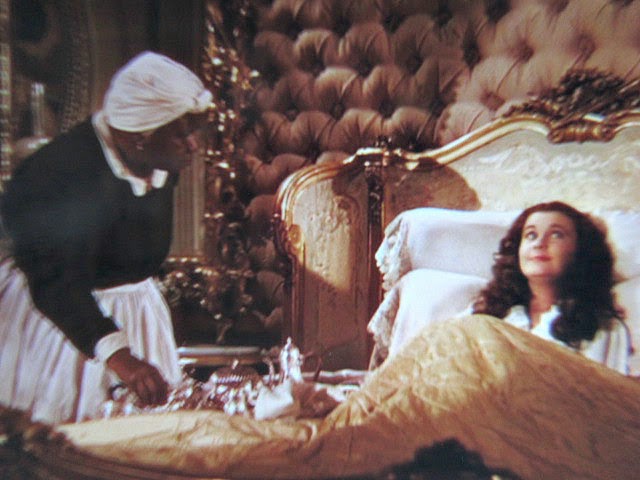