I recently purchased a ticket to attend a local historical society's tea and program on February 1st where the topic will be Million Dollar American Princesses.

The Smithsonian channel did a series with the same name in 2014-15.  It was presented and narrated by Elizabeth McGovern who portrayed Cora Grantham in the Downton Abbey series.  As you will recall, Cora was a million dollar American princess.  At the time, I didn't have access to the Smithsonian channel so I never got to see the series.

Between the upcoming tea and pondering what I would present at the monthly assisted living tea on January 26th, I delved into information about Million Dollar American Princesses.  I ordered the Smithsonian DVD's and three books.  So far only the DVD's and one book have arrived. 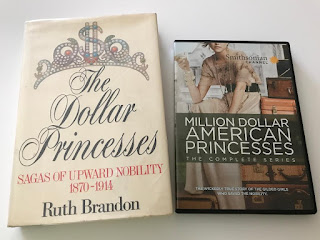 I've been enjoying the DVD's immensely, but since the book just arrived in today's mail I haven't had a chance to read it yet.  I'm still waiting on To Marry an English Lord and The Titled Americans to arrive.  Obviously, since my program is only five days away I won't have time to read them, but it will make interesting wintertime reading.

I'm focusing on Mary Leiter, Jenny Jerome [Winston Churchill's mother], and Consuelo Vanderbilt.  Of those three million dollar American princesses, only one - Mary Leiter - had a happy marriage.  She was Julian Fellowes inspiration in creating the character of Cora Grantham.

Below is a picture I took from my front porch last Saturday morning.  We got about six inches of snow and then the snow turned to rain and froze when the temps dropped below freezing. 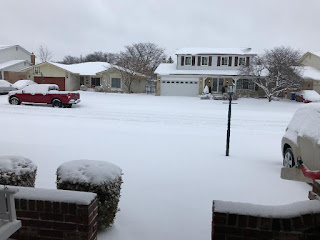 My granddaughter, Izzy, came to stay overnight on Saturday, and we hunkered down inside the warm, cozy house. I tried the tea her parents recently brought me from Babington's tearoom in Rome - Roman Holidays.  It's a blend of seven black teas scented naturally with roses and vanilla.  Ever since my bout with the flu my taste buds have been skewed and nothing tastes as good as it should, so I'll have to wait and give this tea another go when my palate has returned to normal. 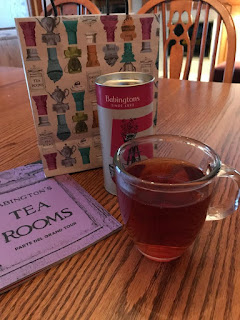 "Explore the romantic side of tea with Mary Jones, owner of INTU Tea and our own Tea Director, Phyllis Barkey.  Chocolate & Roses, Cinnamon & Saffron... Sip, sup and get in the mood for a post Valentine's Day celebration.  Ticket includes specialty cocktail and teas, a loveable luncheon, decadent dessert, and special gift.  Tickets and details are at the website:  https://thewhitney.com/events/Aphro-Tea-Siac"

I'll be there, but this is one of Mary's events that will be held on Saturday, February 15th.  Mary is The Whitney's tea blender.   If you come, please be sure to introduce yourself to me. 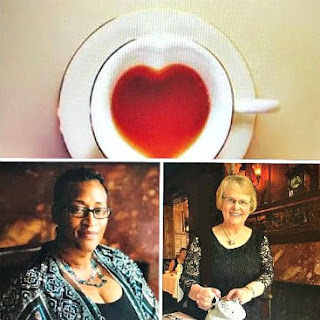 Another thing I learned about on Facebook last Sunday was "Tea Flights".  I had never heard of them before.  Wineries and breweries have popularized alcohol flights, so the tea industry has jumped on board with teas.  My research revealed they're a type of tea tasting - usually 2 oz. of three different teas for the purpose of educating people about various teas.  The going rate seems to be $8 per tray.

Below is a tea flight bamboo tray used by Tea Source in St. Paul, Minnesota, but I found pictures of tea flight trays used by several tea vendors.  We learn something new everyday, and we're never too old to learn! 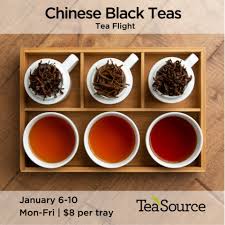 Posted by relevanttealeaf at 8:21 PM